These two quotes below deserve a time of reflection, not only on the implications of their meaning, but on how comparison manifests in, and affects, our lives.  Comparison is shoved upon us by every form of media today:  Magazines show only perfectly air-brushed images of celebrities and then run how-to lists to make the reader feel they should reach for perfection in outer beauty; comparison has fuelled multi-billion-dollar industries in cosmetics, clothing, medicine and material possessions such as houses, cars, and gadgetry.  It has taught us to crave the latest and best as if these things were necessities, and not excessive luxuries; it has taught us to crave them at the expense of the poorest in the world, as industries strip natural resources and abuse the defenceless workers who are paid pittance so that you and I can buy cheap clothing, and foods and flowers that were growing in fields half way around the world the day before we buy them.  Comparison robs men and women alike of contentment, joy in the simple pleasures of life, and the discernment to recognise marketing bullies who knock us down, steal our peace, and then expect us to buy their products so that we can feel better about ourselves until the next time they come around… 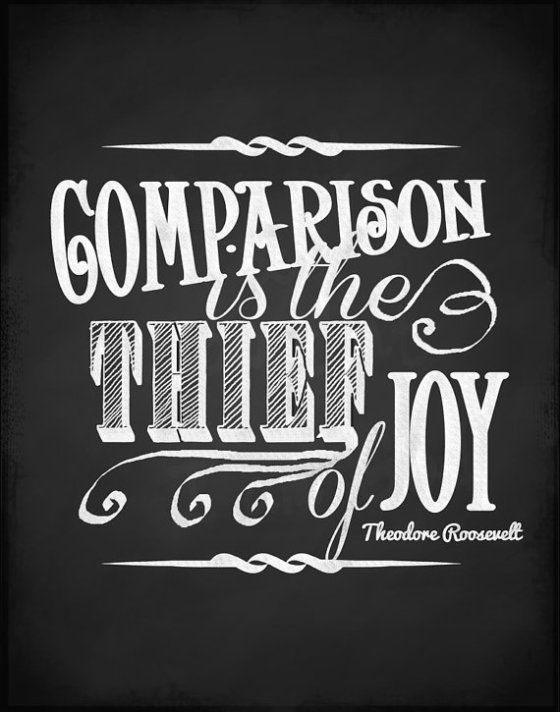 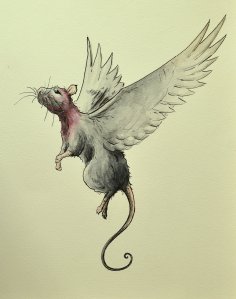 I bet that title got your attention, didn’t it?  I’m making good on a promise, so here ‘goes:  Recently I was talking with the young woman who’s living with us right now; we’re helping her work through the issues that have manifested in her life as Anorexia and Bulimia, and we were talking about how she thinks God sees her.  She admitted to a fear that, if she really let go and trusted God, he would make her a) gain more weight than she wanted to ever weigh again, and b) not care that she was fat!  My reply?  “Dearheart, God doesn’t give a flying rat’s ass what you look like!”  I went on to explain that the only thing that matters to God about our physical appearance is why we are the way we are:  If we’re unhealthily scrawny because we hate ourselves and are punishing ourselves for something, he cares.  If we’re overweight because we’re lazy or have poor nutritional choices or because we are punishing ourselves, ditto.  But if we’re healthy emotionally and spiritually, he really doesn’t love us more or less if we’re this shape or that!  I have friends on both end of the scales (literally) that either have fast metabolisms, or health problems that cause them to lose or to retain weight.  I’ll leave the issue of divine healing out of this discussion for the moment; my point to her, and to anyone else who needs to hear, is that God loves you no matter what shape, form, colour or package you come in!

The fact is that we live in a fallen world; there are people with deformities (like myself, and far more severe), genetic disorders (whether physical or mental manifestations), tall people, short people, wide, narrow, young, old, those who fit the modern western definition of beauty and those who fit the medieval definition; those who fit the Samoan definition of beauty, or the Asian, or the Icelandic ideals of “normal,” and those who don’t.  Do we honestly think that a God who LOVES diversity cares which standard we fit or not?  How much of the way we see ourselves or others is infected by western media?  How much of the way we see God and perceive how he thinks of us is infected by the same false assumptions?  For more thoughts on this subject, please see my article, Barbie Dolls & Bricks.  There are two links in particular in that article that I think every woman and man should watch occasionally!

If you’re a woman, you probably already know that we are constantly bombarded by the media with unrealistic and perfect images of women; they are photo-shopped beyond recognition; every wrinkle, blemish, scar and pore has been removed; legs lengthened, thighs toned with the click of a mouse.  No one looks like that… including those models.  Cindy Crawford once said, “I wish I looked like Cindy Crawford.”  And yet this unattainable ideal is brutally, relentlessly pounded into our self image; I wonder how long it would persist if women united, did a class-action suit against advertising companies for false advertising and sued them for emotional damage?  It wears away at our confidence as beautiful women, no matter what shape or colour we come in, like a sandblaster.  If we listen to the lies long enough we will forget that true beauty comes from within; that truth means that every single woman has the potential to be a beauty, no matter what her outward shell might look like.  We can either focus so much on our outside that we miss out on the beauty in ourselves and those around us to whom we compare ourselves, or we can focus on others to encourage them, through which we ourselves shine forth with beauty that’s far more than just skin deep.

I would like to encourage you to shine forth!  Stop believing and repeating the lies of the world’s marketing system, and begin repeating, “Hey, beautiful!  You’re looking good!” every time you look in the mirror or catch your reflection in a window.  And pretty soon you won’t even give a flying rat’s ass about comparing yourself to others, looking down on yourself, or what the world’s opinions might be.

“For you created my inmost being; you knit me together in my mother’s womb.  I praise you because I am fearfully and wonderfully made; your works are wonderful, I know that full well.  My frame was not hidden from you when I was made in the secret place, when I was woven together in the depths of the earth.  Your eyes saw my unformed body; all the days ordained for me were written in your book before one of them came to be.  How precious to me are your thoughts, God!  How vast is the sum of them!  Were I to count them, they would outnumber the grains of sand...” (Psalm 139:13-18) 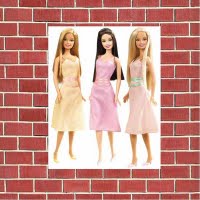 Driving down the street, have you ever come to a screeching halt and jumped out of the car running to admire a brick in a wall?  Have you ever admired one pencil above all the others in a multi-pack? Thought not.  What an odd notion – if you saw anyone doing those things, you’d think they were cracked; didn’t have all their cups in the cupboard; were a sandwich shy of a picnic.

But isn’t that exactly what the world tells us?  As women, if we have anything that makes us unique, we try to cover it up, minimize or maximize it, camouflage it, plaster it over, deny it, or apologize for it.  The world tells us to lose our individuality in favour of a “Barbie doll” homogenous look, and woe to us if we don’t look “normal”.  In my experience, “normal” is just a setting on the dryer.

I don’t think I have to point out the fact that each and every magazine you pick up (regardless of the topic), every brochure, nearly every advertisement, has one underlying message:  “Sex Sells”.  This is the mantra of the advertising world, what they say in defence of their practice of splashing scantily clad women of unnatural proportions on every cover.

But does it “sell”?  I speak as a woman here; women, do you go out and buy a women’s magazine because there is a sexy woman on the front?  I don’t think so.  So it isn’t the sex that sells it (I think we can safely assume that it’s usually women who buy such magazines).  Then why do we accept such nonsense?  The celebrities and models portrayed are not natural; they are pinned up, taped together, spray painted, fake-tanned, and then air-brushed in graphics after the photo shoot.  If you met them walking down the street chances are pretty high you wouldn’t recognise them.  Some of them have a natural beauty, but many of them might be mistaken for a haggard mother of seven toddlers if you saw them in the grocery store.

Is it a fascination with perfection that draws us in to buying the world’s message?  Do we buy the magazine to see what we need to do to look like “her”?  Do we actually think that buying particular dish soap will suddenly give us a renovated, sunny kitchen with matching dishes, smiling children and a great hairdo, with perfect teeth and a handsome husband that doesn’t have to go to work during the day?

It irritates me that the world tries to dictate how I think, how I feel about myself, how I react to those around me.  Dustin Hoffman, in an interview, talked about his role as Tootsie (1982):  He went to the studios and asked to be made over into Tootsie; if he couldn’t walk down the streets of New York without turning heads, it wouldn’t work.  They did so, and filmed a test screening of him in costume / make-up; when he saw it, he asked if they couldn’t make him more beautiful, and they told him, “that’s as good as it gets.”  He said in that moment he had an epiphany, and went home and cried.  He’d realized how many interesting women he had written off and not gotten to know simply because of their outward appearance, and realized how brainwashed society had made him.  He did not approach Tootsie as a comedy, but played the role with his new-found respect for the struggles women face on a daily basis.  Please take a minute to watch this video on the evolution of a billboard model.

So The Barbie Doll Syndrome goes both ways:  We not only judge ourselves by unrealistic standards; we become fixated on the outward appearance and equate that with a value system, rather than seeing each person as a unique creation made in the image of God.  Some people’s beauty has been buried by a bad self-image, or by abuse that has worn away their countenance; but God’s heart is to restore such people, and he is the only one who really can restore them to their full potential.  The outward appearance will then only change in so far as the inner beauty is allowed to shine forth, but that’s all that really counts anyway!  The more we learn about who we are in Christ and where to get our self-worth as sons and daughters of the High King of all the Earth, the more beautiful we will become, inside and out.

Don’t let the world tell you that you’re nothing if you don’t look like a Barbie Doll, or that you have no value if you don’t submit to their perception of success or beauty.

And pass on the compliment to someone else; yours might be the only positive word they hear today, or this week, or this year…  Don’t use your beautiful eyes to look down on yourself – that’s not why God made them.  When you have a minute, click on this link and accept yourself for who God’s made you to be.

Available in Kindle and Paperback 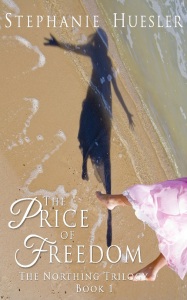 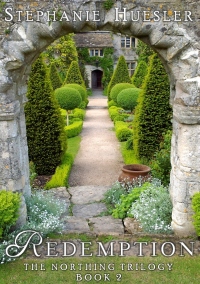 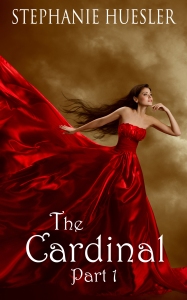 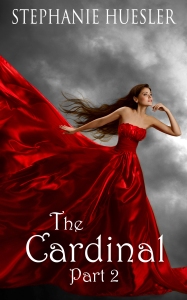